The 17,000 square-foot Engineering, Manufacturing and Development (EMD) facility, set to open in spring 2020, will expand our decades-long capability of solid rocket motor production in Camden. The facility was specifically designed to serve as the developmental gateway to future Aerojet Rocketdyne large solid rocket motor product opportunities, to include the Ground Based Strategic Deterrent program, hypersonics and missile defense targets.

“The aerospace and defense industry continues to be one of the top economic drivers in Arkansas,” said Gov. Asa Hutchinson, “and that wouldn’t happen without the incredible workforce and their employers. We’re thrilled to see Aerojet Rocketdyne continue to grow in Camden, and we appreciate the investments they make in South Arkansas and in our nation’s security.”

Aerojet Rocketdyne has had a presence in Arkansas since 1979 and its current 800-person workforce manufactures 75,000 solid rocket motors annually for programs, including tactical missiles and missile defense. In August of last year, Aerojet Rocketdyne announced plans to further grow the workforce to 900 over the next three years.

“Our longstanding partnership with the great state of Arkansas continues to yield impressive results.”  Drake said. “On behalf of the men and women of Aerojet Rocketdyne, I thank Arkansas State and local officials, especially Gov. Asa Hutchinson, for helping us build increasingly advanced and affordable products for our warfighters and the nation.”

About Aerojet Rocketdyne: Aerojet Rocketdyne, a subsidiary of Aerojet Rocketdyne Holdings, Inc. (NYSE:AJRD), is a world-recognized aerospace and defense leader that provides propulsion systems and energetics to the space, missile defense and strategic systems, and tactical systems areas, in support of domestic and international customers. For more information, visitwww.Rocket.com and www.AerojetRocketdyne.com. Follow Aerojet Rocketdyne and CEO Eileen Drake on Twitter at @AerojetRdyne and @DrakeEileen. 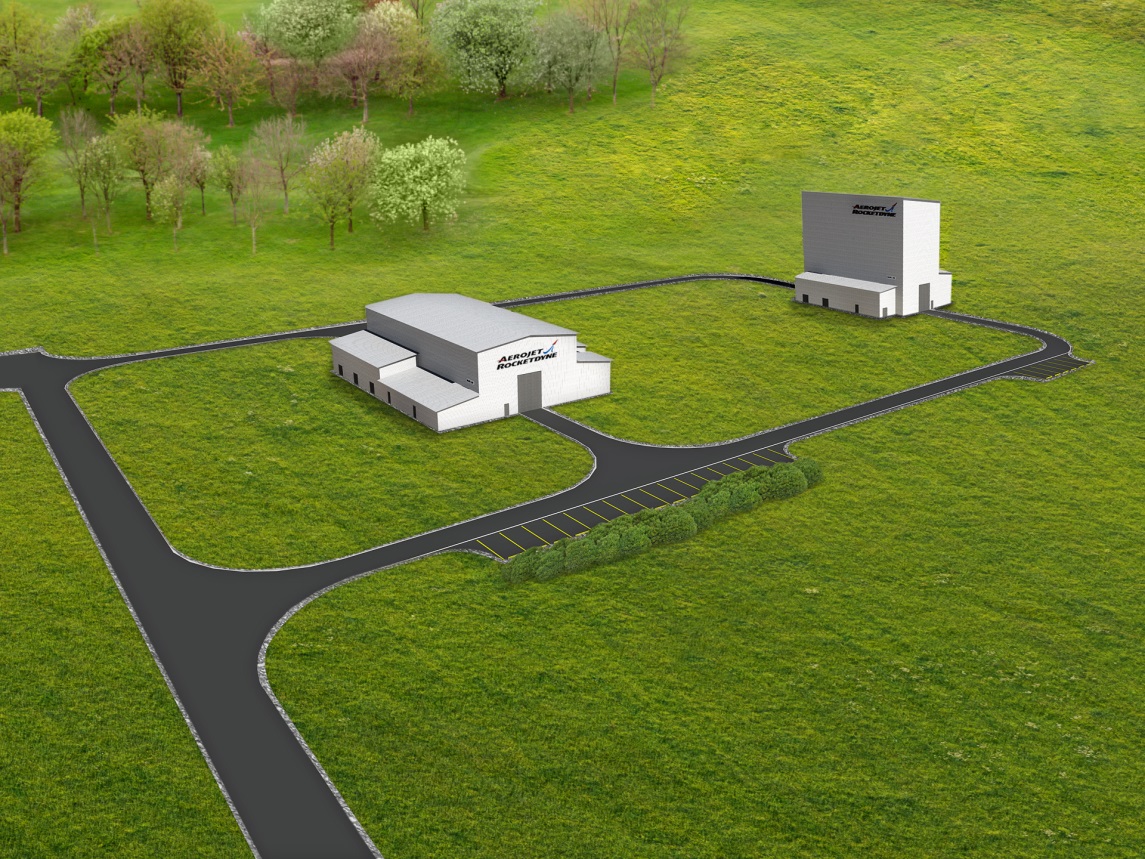 Graphic rendition of Aerojet Rocketdyne Camden Operations Engineering, Manufacturing and Development facility due to open in spring of 2020. The facility will support several large solid rocket motor opportunities, including the Ground Based Strategic Deterrent program, hypersonics and missile defense targets.