HE'LL BE THE GUY WITH HIS SLEEVES ROLLED UP

HE'LL BE THE GUY WITH HIS SLEEVES ROLLED UP 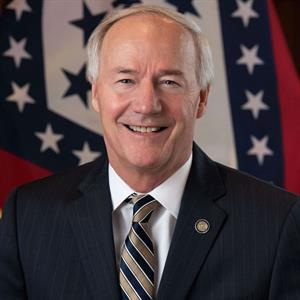 Asa Hutchinson was sworn in as the 46th Governor of Arkansas in January 2015, and he immediately set in motion his plan to bring economic growth to his native state.

Governor Hutchinson kept a major campaign promise by working to pass the biggest income tax rate cut in state history. His initiative to require computer-coding classes in every public high school makes Arkansas a national leader and signals to businesses everywhere that our students will be prepared for the 21st-century economy.

In addition, the Governor’s emphasis on government efficiencies — including a hiring freeze instituted on his first day — have resulted in taxpayer savings and better-focused state services.

As part of his strategy to market Arkansas and attract more jobs to the state, Governor Hutchinson has met with CEOs of major industries across the globe from Silicon Valley to France, Japan, Israel, Germany, China, India, Dubai, Czech Republic, and Cuba.

Under his economic development policies, over 100,000 more people are working in Arkansas than when he took office, and he has signed incentive agreements with nearly 450 companies that were expanding or opening in the state.

The Governor is the co-chair of the Council of Governors and the former chairman of the Interstate Oil and Gas Compact Commission (IOGCC), Southern States Energy Board (SSEB) and the Southern Regional Education Board.

President Ronald Reagan appointed Governor Hutchinson as U.S. Attorney for the Western District of Arkansas. In 1996, he won the first of three successive terms in the U.S. House of Representatives. During his third term in Congress, President George W. Bush appointed him director of the Drug Enforcement Administration and later as an undersecretary in the newly created Department of Homeland Security.

His experience has established him as a national resource for his expertise in trade, energy, national security, and education.

He and his wife Susan have been married 44 years. They have four children and six grandchildren.