Since taking office in 2015, Governor Asa Hutchinson has maintained financial stability by balancing the state's budget. His actions have laid the groundwork for stronger efficiencies in the future. Our state leaders actively avoid debt, cut overhead, and minimize administrative expenses.

To consolidate the state's cabinet-level agencies from 45 to 12, Governor Hutchinson signed the Transformation and Efficiencies Act of 2019 into law. This legislation formed the Department of Transformation and Shared Services. Our transformation efforts are ongoing. In the first nine months of transformation, Departments have reported more than $26,750,000 in savings while still operating on existing budgets. 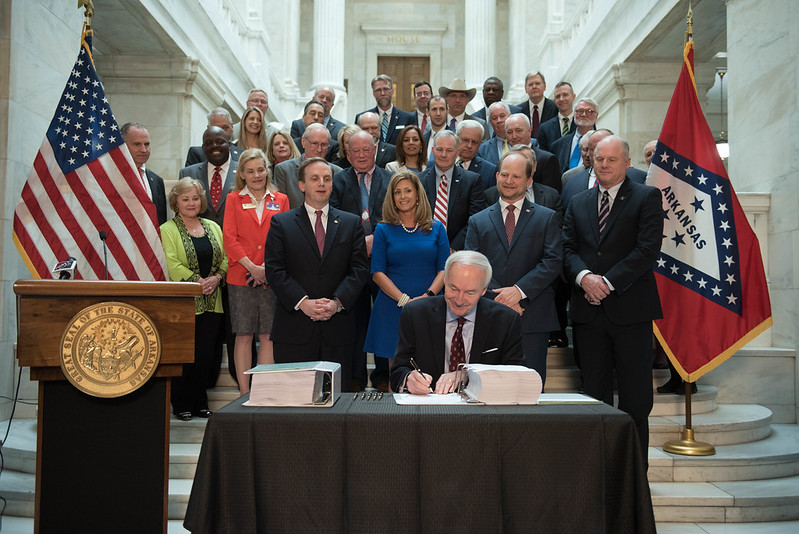 Arkansas continues to be one of the most financially sound states in the country. The Natural State has the nation’s third-lowest cost of doing business. Your dollar goes further in Arkansas than anywhere else in the country. According to the Tax Foundation, Arkansas has the highest relative value of $100 at $117.23. This means that the same amount of money can buy comparatively more in Arkansas than in other states.

According to Forbes, Arkansas has the 4th lowest amount of debt in the US, and the state reported a surplus of $11,599,652,000 in 2020. For the last two fiscal years, Arkansas has maintained a surplus in Net Available General Revenues.

To learn more about how you and your company can benefit from the economic stability in Arkansas, contact our Business Development team.