With the strength of the local agricultural economy and many well-established food and beverage manufacturing companies calling Arkansas home, the Natural State is recognized as both a domestic and worldwide supplier in the global food market. 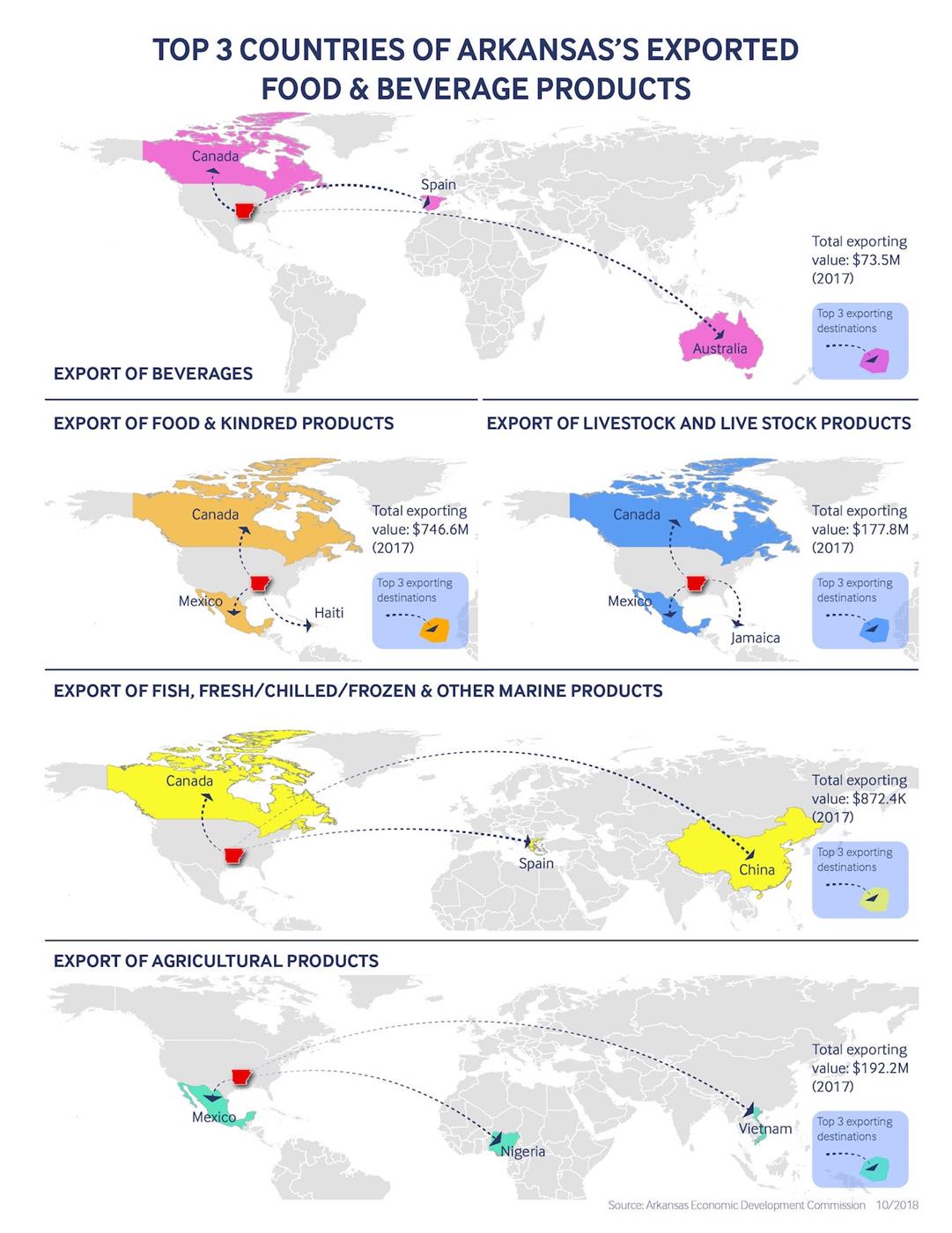 Taking a closer look at the data, published by the US Census Bureau, here are three takeaways from the exports of Arkansas’ food and beverage commodities.

The scale differences between exports and imports

To talk about exports, one cannot ignore the imports. Comparing the exporting volumes and those of the importing (see Table 1), it is apparent that Arkansas is exporting-dominant in the food and beverage industry.  This trade surplus is especially significant in the food and kindred products, agricultural products as well as the livestock products.

The differences among exported products

Arkansas exports diverse types of products in food and beverage. However, not all are equal, when it comes to the total values of the exported commodities (see Figure 3). This state’s strongest food and beverage category is food and kindred products, which includes animal foods, grain and oilseed milling products, sugar and confectionery products, vegetable and fruits, dairy products, seafood products, meat and meat packaging products, bakery and snacks and so on. In 2017, Arkansas exported products worth about $746.6 million in this category, a 22.4% increase from 2016.

The next biggest exports are agricultural products and livestock and livestock products, both of which came close in 2017 with respective values of just under $200 million. 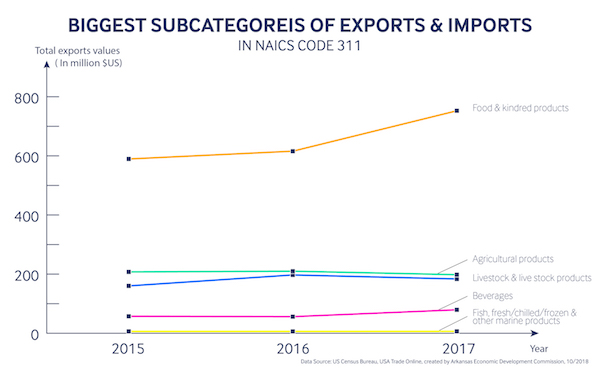 Among all the destination countries, the biggest markets for Arkansas’ food and beverage exports are Canada and Mexico (see Figure 4). In 2017, about 36% of all Arkansas agriculture exports went to Mexico, while 18% went to Canada. Positive trade relations may be further enhanced by the newly published United States–Mexico–Canada Agreement (USMCA), as a replacement of the 25-yr-old North American Free Trade Agreement (or NAFTA). Arkansas Governor Asa Hutchinson called the USMCA “good news for Arkansas and Arkansas farmers." 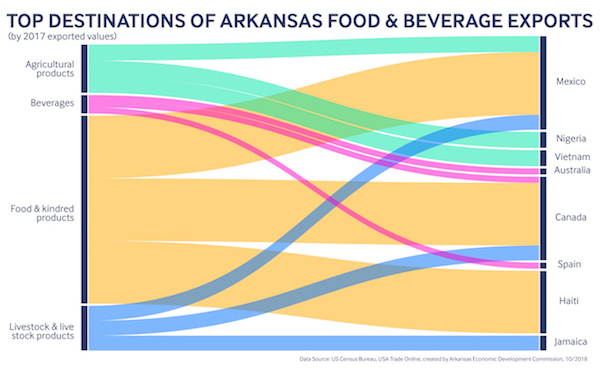 Arkansas is a strong player domestically and globally in the food and beverage manufacturing industry. To learn more about the about Arkansas’ performance in this area, subscribe to the Food & Beverage Digest newsletter. Subscribe to our Podcast
RELATED BLOGS:
Food and Beverage Companies in Arkansas Breakdown
Arkansas is on the cutting edge of food traceability
Food-Grade Packaging Companies in Arkansas
Arkansas stays on point with groceries on demand and convenient home meals
Arkansas Inc Podcast - Blockchain and the Food Industry: a Conversation with Walmart and IBM