Air travel is one of the most important economic drivers as it enables people and goods to connect around the country and the world expeditiously. According to the newly published “Economic Impact of Arkansas Airports,” Arkansas systems and military airports support more than 42,400 jobs, directly and indirectly; generate $1.5 billion in payroll; and produce $3.5 billion in economic activity.

The map (see Figure 1) below illustrates the abundance of facilities that support aircrafts across the state, including airports and runways, including seven commercial airports, two reliever airports, 81 general aviation airports, and three military airports (see Table 1).

Figure 1: Airports and Runways in Arkansas (Click to enlarge) 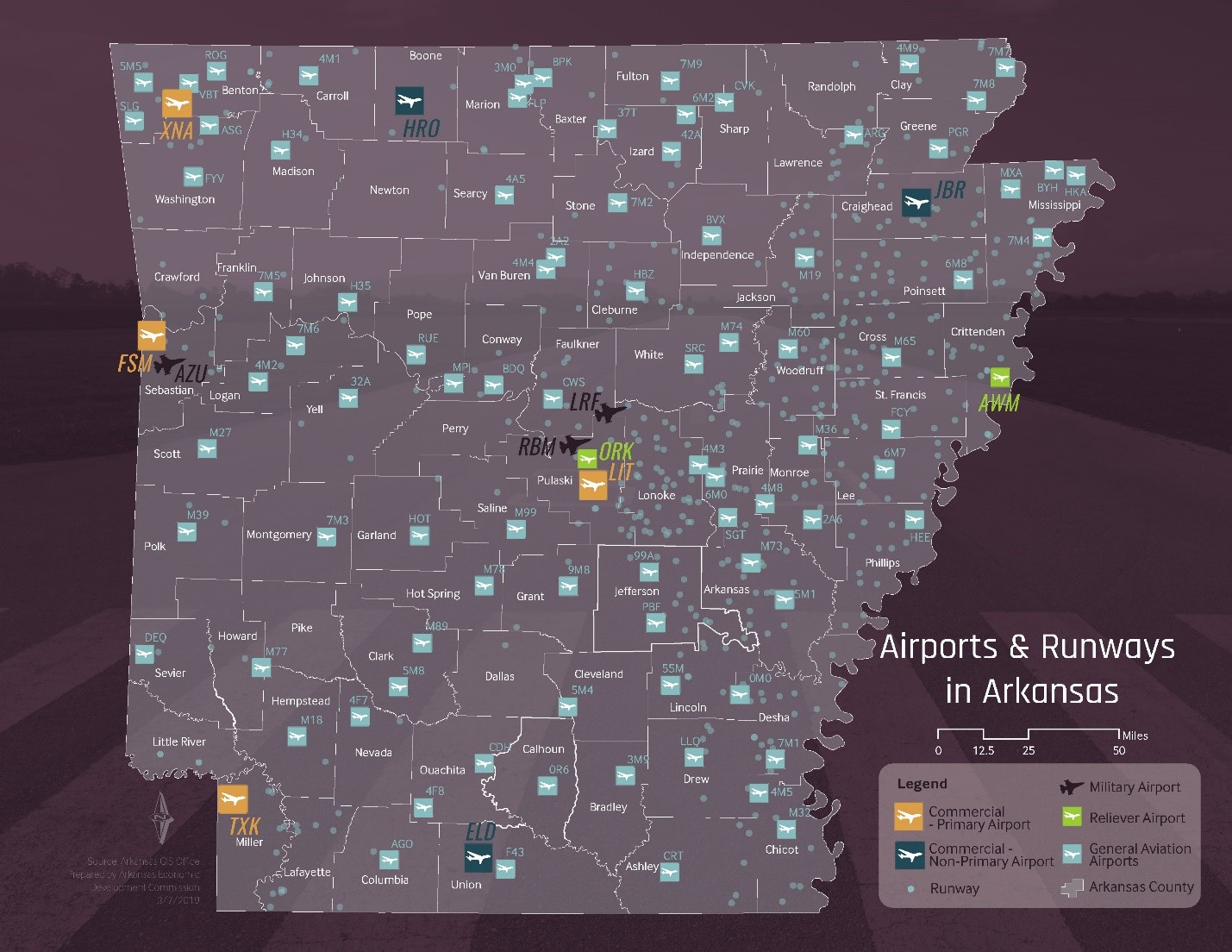 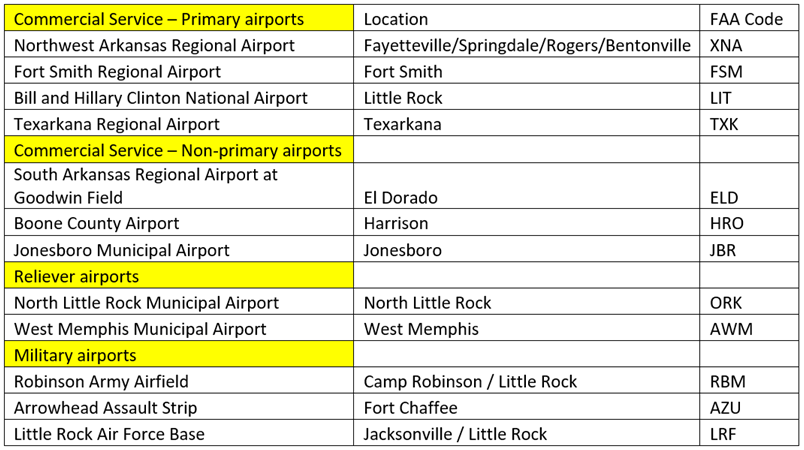 The Little Rock Air Force Base (LRF) is the most significant defense facility in Arkansas. It is a C-130 Hercules training base for the Department of Defense. The Base generates 7,809 jobs on-site, and is the 7th largest employer in the state.

To learn more about the aerospace and defense industry in Arkansas, subscribe to the Aerospace & Defense Beacon, the quarterly email newsletter covering industry news, trends and developments.