Your dollar goes further in Arkansas than anywhere else in the country. According to the Tax Foundation, Arkansas has the highest relative value of $100 at $117.23. This means that the same amount of money can buy comparatively more in Arkansas than other states.

The map below demonstrates purchasing power based on data from the U.S. Bureau of Economic Analysis. $100 represents the amount of goods and services that can be bought in a state with average national prices.

Real purchasing power is more than 35 percent greater in Arkansas than it is in California. This means that, on average, someone earning $50,000 in after-tax income in Arkansas would need after-tax earnings of about $67,500 in California to maintain the same standard of living. 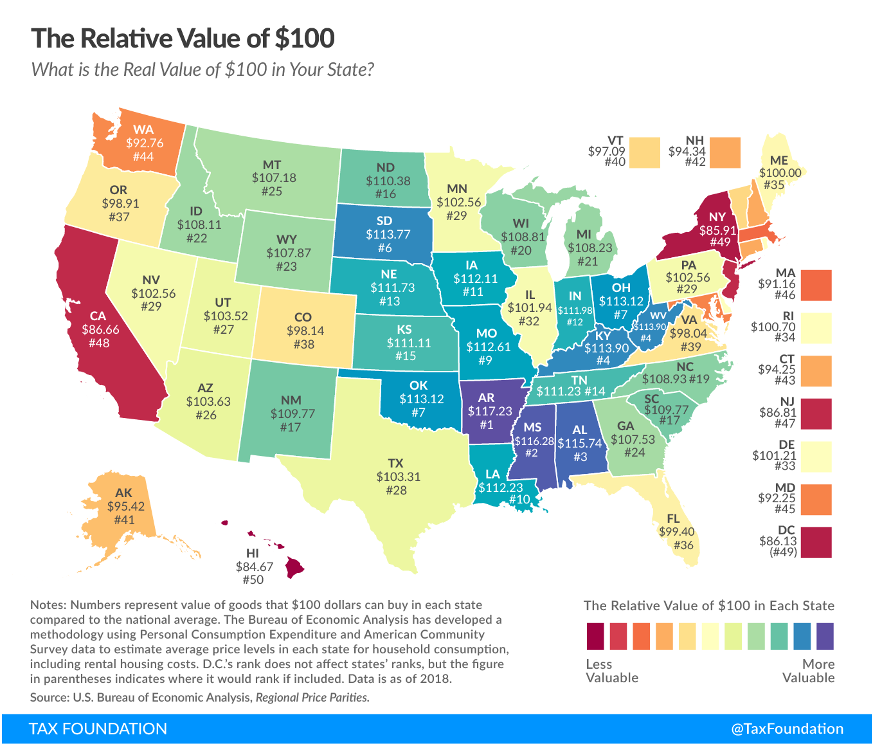 Click here to read the full article from the Tax Foundation