Over the last five years, the third week in January has meant one thing for the Arkansas Economic Development Commission: SHOT Show, the Firearms & Ammunition industry’s leading trade show, and a chance to support Arkansas manufacturers while recruiting new ones.

Pro-gun and outdoors-driven, Arkansas is the perfect fit for firearm and ammunition industry manufacturers that value a strong workforce, low cost of doing business, and supportive leadership. Don’t just take our word for it… Forbes ranks Arkansas the second most gun-friendly state in the United States and companies from around the world have selected Arkansas as a great place to do business:

A few months after traveling to the 2020 SHOT Show, Governor Asa Hutchinson joined executives from Fiocchi to announce plans for a $15 million state-of-the-art production facility in Little Rock. The industry continues to flourish in Arkansas and shows no signs of slowing down in 2021. A forthcoming expansion at Wilson Combat in Berryville and Vista Outdoor’s $81.4 million acquisition of Remington’s ammunition production facility in Lonoke prove that companies in the firearms and ammunition industry have found a home in Arkansas. 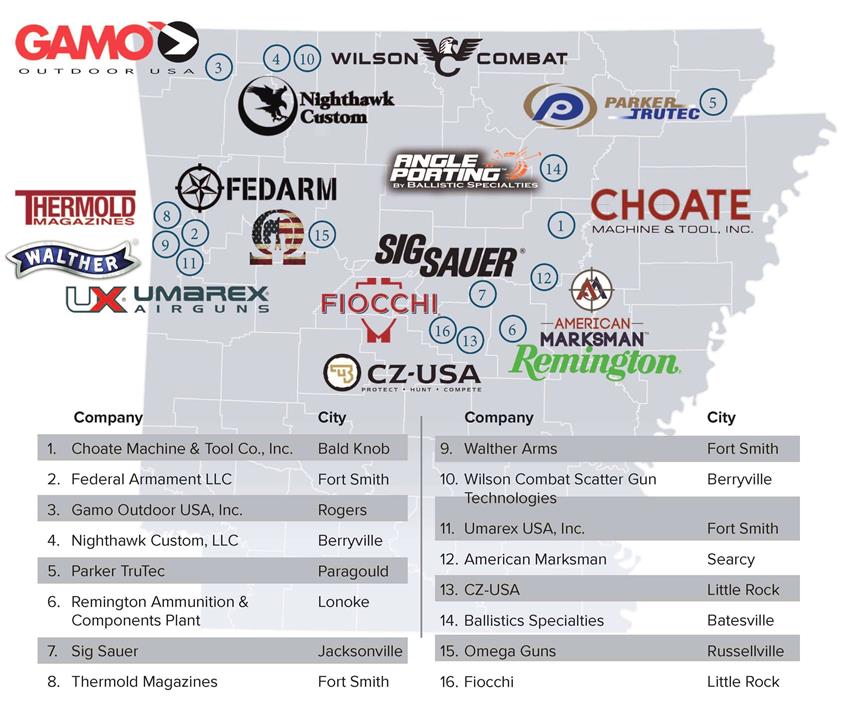 Though we may not be able to visit booths or engage with executives on the trade show floor, our team is eager to share Why Arkansas makes sense for your business. To learn more about how we can assist in finding a real estate option in a community that will embrace your business, let’s connect.