The Opportunity Zones program, since its enactment on December 22, 2017, has been widely talked about nationwide. It is an economic development policy to boost American communities currently in distress due to the long-term and deepening uneven economic growth distribution within each state and across the country. According to Economic Innovation Group’s research, “one in six (52.3 million) Americans live in economically distressed communities — places struggling to attract capital and sustain economic opportunity for their residents.” 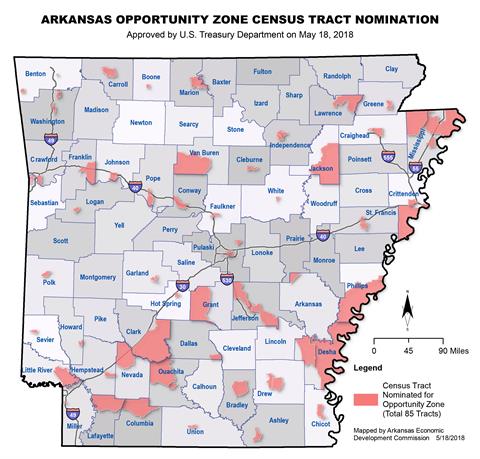 The effort of nominating these zones was led by the Arkansas Economic Development Commission (AEDC). As the geographic information system (GIS) analyst on the task team, I was responsible for data analysis and visualization through mapping in the process. Here are a few behind the scene moments from the working process.

Moment 1: Saying “wait” to other projects

When the Opportunity Zones project was on our desk, our team knew it was the highest priority. From mid-March to mid-April, we were supposed to nominate a quarter of the census tracts from the list of 337 eligible tracts. During this time, we needed to be educated on the program, develop well-rounded methodology that suits Arkansas, work with experienced analysts and advisers, and stay in open communication with local communities. It was a whirlwind. Along the process, I needed to say “wait” to my other colleagues and projects, and I really appreciated all the understanding and accommodation. It required great teamwork beyond the project team itself.


Moment 2: A chance to get to know colleagues in a new light

Speaking of well-rounded methodology, this project pulled in professionals that do not normally collaborate frequently. For example, I had the opportunity to work with our business finance, community development and research division directors, as well as economists from Arkansas Development Finance Authority and external consultants.

Professionals from different fields tend to have different ways that they feel comfortable speaking to each other, so it was refreshing to combine not only ideas but also communication styles. When working on Opportunity Zones, we used both traditional and modern ways to make ourselves understood by each other, such as paper of different sizes, computer monitors of different sizes, whiteboards (see Figure 2), interactive map links, emails, telephones, webinars, and more. Many meetings were scheduled after 4:30 pm to accommodate everyone’s schedule. It was a time that we got to see our colleagues in a new light. 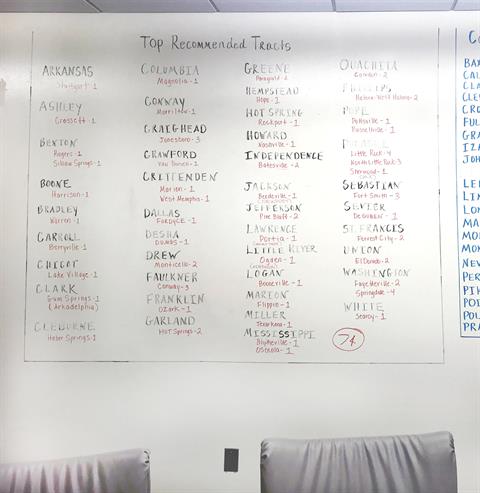 Figure 2: The team's work progress notes on dry erase wall in the meeting room (click the image to enlarge).


Moment 3: Working across the table from the Governor

Geographic-driven analysis was at the core of the Opportunity Zones nomination process. Translating layers of information and visualizing these on maps helped the project moving along efficiently. It was a memorable moment when the Governor made a trip to AEDC to hear the first round of recommendations by our team through the help of maps (see Figure 3). His revision and further guidance based on our initial recommendations largely shaped the final nomination of the zones. I remember he put a lot of emphasis on “fairness” and “potential” when making suggestions.

The task team felt relieved when Arkansas’ nomination was submitted and approved. There was a “high-five moment.” From an analyst’s eyes, the work that the team, led by the Governor and AEDC’s Executive Director, Mike Preston, was thorough, thoughtful and diligent. Although only one quarter of the eligible census tracts were selected, the positive effect that can be derived from the attracted investment because of this will impact much broader areas throughout the entire state.

This is just a beginning – the process of execution of the Opportunity Zones program is yet to begin, which entails IRS issuing rules and regulations in the months to come. When the implementation begins late 2018 or early 2019, “The Arkansas Economic Development Commission will work closely with communities to find the right investment opportunities,” Preston said.

From an economic development standpoint, the Opportunity Zones program provides new incentives for future, private investment in currently economic distressed areas. To take one step back, many factors play into the site selection of investments, such as infrastructure, site and workforce readiness, quality of place, funding and resource requirements for specific industries. Opportunity Zones is a major addition to this portfolio of site selection considerations.

Editor’s note: The author, Yang Luo-Branch, is the Digital Marketing and GIS Manager at the Arkansas Economic Development Commission. Map of the Month