Map of the Month: STEM Education in Arkansas

As more industries incorporate innovative technologies into their day-to-day operations, the demand for a technologically prepared workforce continues to rise. Arkansas students have taken notice and are enrolling in higher education programs in the fields of science, technology, engineering and mathematics (or STEM) at significantly higher rates than ever before.

From the data provided by the Arkansas Department of Higher Education, we noticed two trends about STEM within Arkansas higher education in recent years.

Some institutes are more popular in students’ choices for STEM majors

Arkansas is home to more than 40 higher education institutes, which include 10 four-year universities, 22 two-year community colleges, 12 private universities and one academic health center. While most of these institutes seek to attract STEM students, a few of these universities and colleges are more popular than others in becoming the destinations for STEM education. Some of these colleges have even enabled their home cities to become college towns for entrepreneurs, for example, Fayetteville and Conway, Arkansas.

According to 2012 to 2016 data, 7,959 STEM-majored students chose six four-year universities in Arkansas, making up 81.7 percent of all STEM four-year university students within the state. During the same timeframe, among all 1,622 students who attended STEM studies at a two-year community college in Arkansas, 66.4 percent chose the most popular six schools in this category (see figure 1). These institutes are located throughout the state and serve as an important preparation base for our technical workforce in Arkansas. 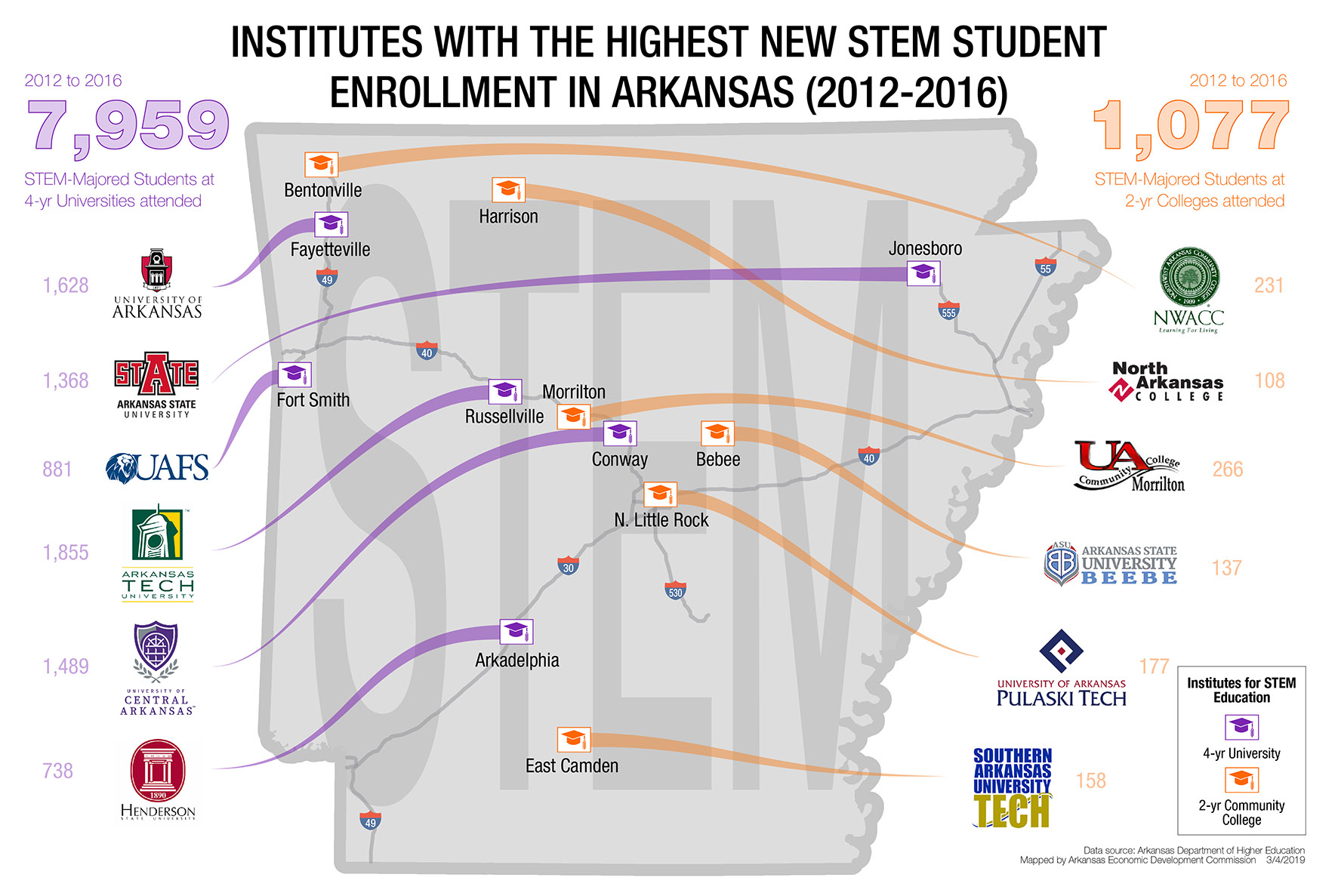 Statewide STEM enrollment has been steadily rising in recent years 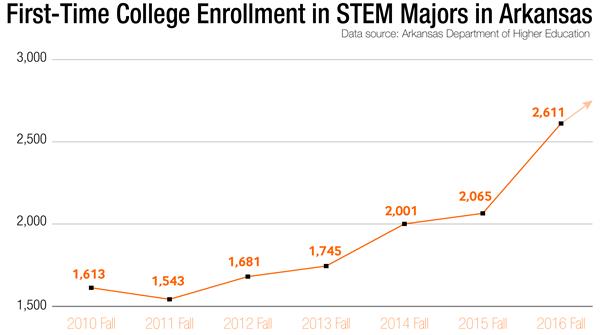 With the state’s newly implemented scholarship program to enroll in college STEM programs, as well as the increased emphasis on connecting job seekers with high-paying tech jobs in Arkansas, the natural state hopes to incentivize more students to choose STEM education as the path to their future of living and working in Arkansas.

To learn more about technology education and workforce in Arkansas, download AEDC’s comprehensive tech report below.

Subscribe to our Podcast
RELATED BLOGS:
Arkansas is the Place to Call Home for Successful Tech and Startup Companies
Booming: The State of Technology in Arkansas
Technology is Changing Education and the Workforce Landscape in Arkansas
ArTechJobs Connects Employers and Tech Workers to Fill Technology Jobs in Arkansas